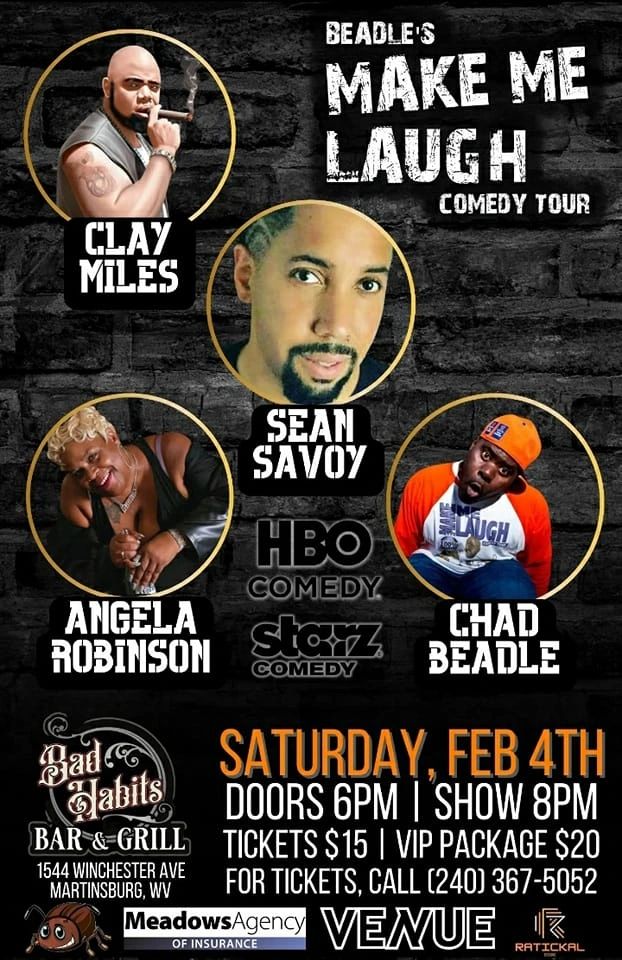 with a jam-packed lineup plus

OVER 20-YEARS IN THE COMEDY GAME

The Best Medicine According to his business partners and fans, Chad has enhanced Hagerstown by introducing his Make Me Laugh Comedy Tour to the area. “I love working with Chad,” says Justin Hoffman, supervisor and manager at Next Dimensions, where many of Chad’s shows take place. “It’s fantastic. He always brings in a lot of people who want to laugh and have a good time, and we are both being taken care of in that sense.”   Hagerstown resident Rachel Shafer, who has regularly attended Chad’s events for seven years, says she met him in the grocery store when he was handing out flyers. “Hagerstown needed this kind of entertainment,” she says. “We are very lucky to have someone like Chad that makes us laugh and gives back to the community.”

Through his work as an entertainer, Chad has supported the community by volunteering for events such as Relay for Life and Arts in the Park. He also has worked with The Maryland Theatre, hosting events such as Amateur Night, where he entertained the crowd while introducing the event’s musical acts. “It makes me feel great to help out the community because without its support, Beadle One Entertainment wouldn’t exist,” he says. And as for the future, Chad hopes to continue connecting with the community through his shows. “I’ve seen a very good response from Hagerstown residents,” he says, “and it makes me want to keep doing what I do, putting on shows and making people laugh.”  Beadle One Entertainment Spreading the Priceless Gift of Laughter.

To Bring the Comedy Tour To Your Venue, Call or Text Chad: